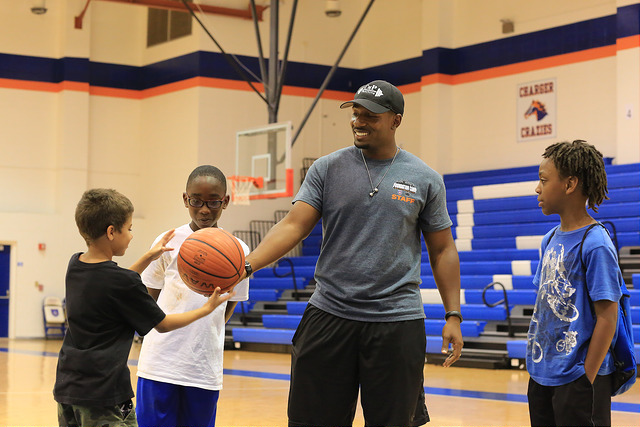 The 12-year-running Foundation Camp at GHC has been around long enough to prove it is changing lives. It returns this summer from May 30th to June 9th.

The camp focuses on academics, athletics and enrichment courses intended to build self-respect and confidence, and to allow the young men to experience college. These two weeks each year are making a positive impact for its attendees. Just ask former camper and current volunteer Corey Pitts.

Every year, Pitts blocks out two weeks in his calendar. Nothing interferes with those two weeks. Not his business. Not his friends. Not his family.

“This camp means a lot to me. I feel like I can help change those kids’ lives. They just need some guidance and inspiration,” he said. “Not all kids are going to be an NBA player. They want to be an NBA player, but there’s more out there than just sports. You can be a mentor to the next set of kids. You can be a superstar in your own field. It’s not about quick money. There’s more to life than what you see from your family. Your family may have a hard time, so you think you have to do what they do, but you don’t have to do that.”

Pitts stated the camp helped him build the foundation he needed to become successful. After he graduated college, he started his own personal training business called CMP Training, where he works one-on-one with professional athletes, kids, college students, weight loss, and even a client as old as 93.

Pitts said the camp teaches many fundamental lessons, including what it means to be “successful.”

“You don’t have to be an NBA star to make it,” he said. “You can own your own business like me, coming from the same background. You can be somebody. You just have to make it happen.”

Foundation Camp is free, but has a limited number of spaces available that are filled on a first-come, first-serve basis.

To apply or for more information, contact Jon Hershey at jhershey@highlands.edu.