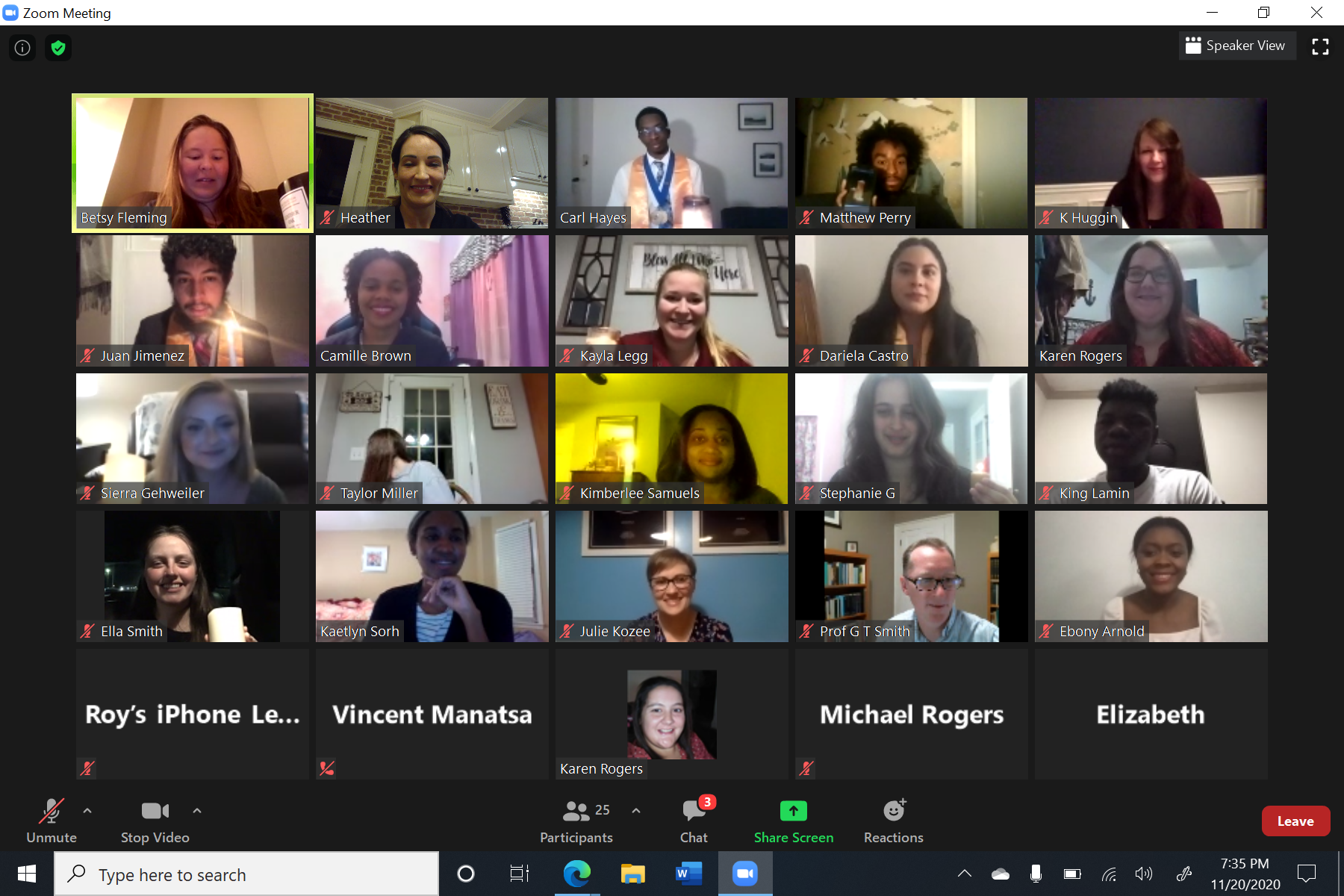 Several members of the organization have been placed in competition for the All-USA Academic Team, Coca-Cola Academic Team and the New Century Pathway Scholarship Awards.

Because of their nomination selection for the All-USA Team, these students are also recognized as a member of the All-Georgia Academic Team and will receive an All-Georgia medallion and certificate to commemorate this honor.

The organization received numerous accolades during this month’s Spring Regional Conference, including Five Star Status and being elected the new Regional Vice-Presidential Chapter, putting the chapter charge of the Fall 2021 Regional Conference.

The chapter’s vice president of membership and Student Government Association representative Heather Choate, who lives in Cartersville and attends classes on the Cartersville site, said while COVID changed how the organization provided community outreach, it did not detract from PTK’s goals and output.

“We knew our research on financial literacy, the Goodwill donations and the community Halloween Movie drive-in were important projects to serve the community,” Choate said. “We stayed in constant contact weekly and maintained motivation through emails, text and zoom meetings.”

She said the support of PTK officers and the camaraderie shared by members has created a foundation for the organization. Choate said while she is humbled by the numerous chapter awards, it is also great for the chapter to be recognized for their efforts.

“The PTK community has inspired me to go beyond my academic excellence to character excellence,” Choate said. “Our team is pretty phenomenal, and the multiple awards reflect PTK’s Five Star Chapter Status.”

Regional Vice-Presidential Chapter and will be in charge of the Fall 2021 Regional Conference.