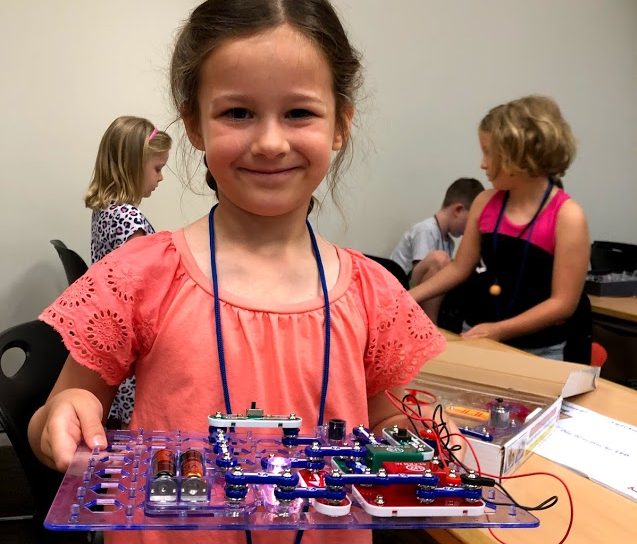 Georgia Highlands College is hosting a series of STEM-based camps at its Cartersville location in July. STEM stands for Science, Technology, Engineering and Math. Registration is now open for all three science camps.

For more information about any of the camps or to sign up, please visit: sites.highlands.edu/ccpe and click the “Camps” link in the navigation.

Or you can email camp director Merry Clark directly at mclark@highlands.edu

The Three Camps Offered in July:

“Potions, Powders, & Polymers” calls upon the real life “magic” of chemistry. It will start on July 9th and run through July 12th from 9AM to 4PM each day. This camp is designed for rising fourth to seventh graders. Campers will have the opportunity to learn how to think like scientists while performing DNA extraction, acid/base reactions and candy chemistry.

The registration fee for “Potions, Powders, & Polymers” is $199.

From July 15th to July 19th, the “Science Exploration Camp” will give campers a week-long adventure immersed in fun and exciting science experiments and engaging hands-on science activities that reinforce and supplement the Georgia Standards of Excellence for science. This camp is designed for rising third through sixth graders and will meet from 9AM to 4PM.

The registration fee for “Science Exploration Camp” is $199.

Campers will have the chance to create a voyage through the solar system, traveling to other planets, other solar systems, stars, and to the edge of the universe using a portable planetarium.

Each camper will also receive a “Certificate of Cosmic Accomplishment” demonstrating their command of astronomical knowledge.

The registration fee for “Cosmic Explorers” is $219.