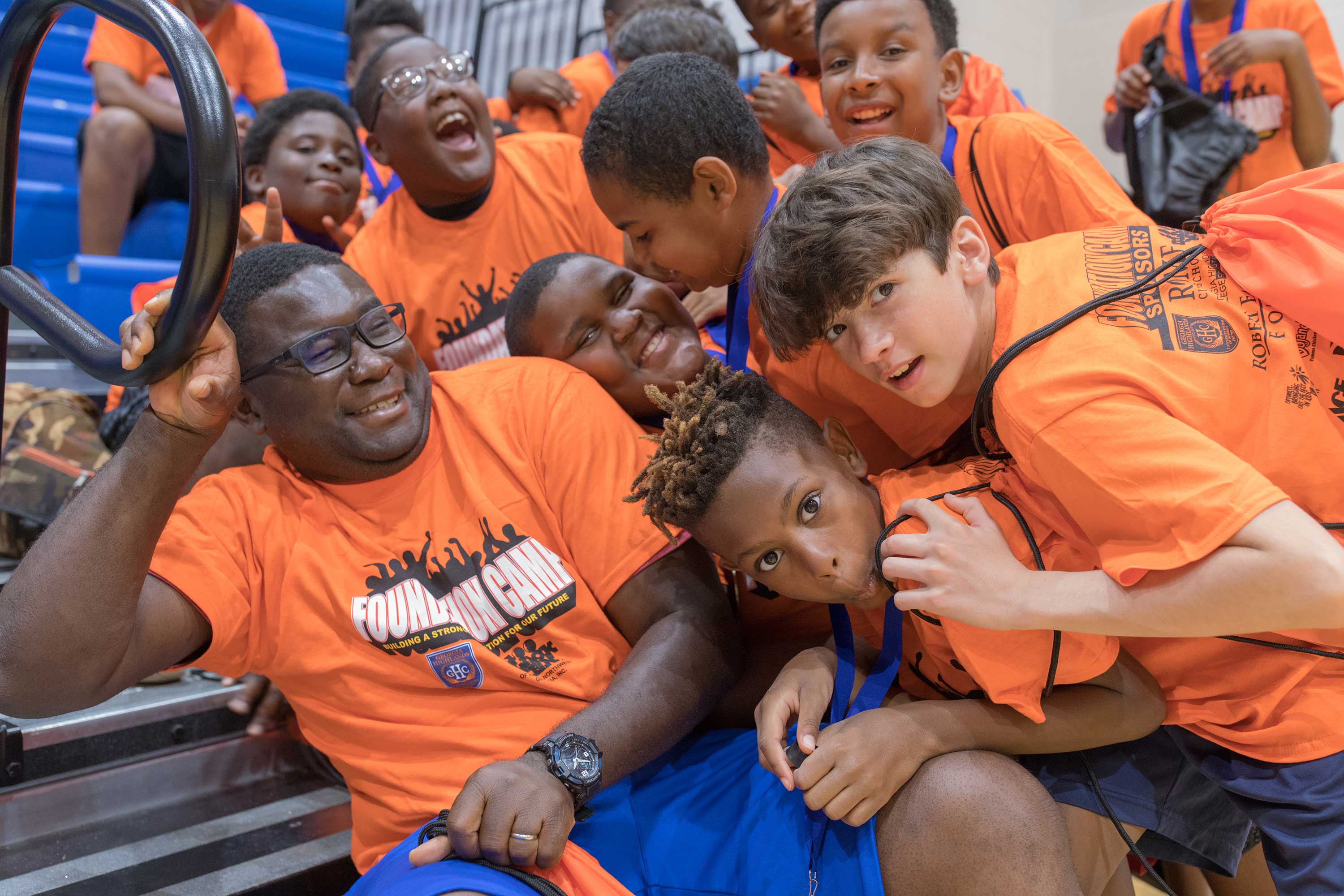 As Foundation Camp volunteer Dr. Ike will tell you, in addition to all the fun activities and the chance to experience life on a college campus, Foundation Camp gives campers strong role models, support, and encouragement.

The goal for Dr. Ike and all of the Foundation Camp volunteers is to make a difference in each camper’s life.

Applications are currently being accepted for the annual Foundation Camp for boys between the ages of 10 and 14 at Georgia Highlands College. The camp is two weeks and begins on June 24th and ends on July 3rd.

The camp focuses on academics, athletics and enrichment courses intended to build self-respect and confidence, and to allow the young men to experience college.

Foundation Camp is free, but there are a limited number of spaces available that are filled on a first-come, first-serve basis.

To apply or for more information, contact Jon Hershey at jhershey@highlands.edu.

Still not sure? Find out how Foundation Camp has become a special part of Dr. Ike’s life:

Chukwuemeka Nwokike was born in Nigeria. But around here, he’s called Dr. Ike.

He’s sitting on some bleachers in the gym when five or six kids he’s been mentoring for two weeks dive on top of him. Foundation Camp is coming to a close. He’s spent most of his time connecting with the group of boys between the ages of 10 and 14. His goal: make a difference in their lives.

For Dr. Ike, support and encouragement are paths to success… and not to mention a lot of hard work.

Dr. Ike moved to Georgia from Nigeria in 1999. He was the oldest of six kids, so he spent his entire life taking care of his siblings. And it stuck. He was drawn to the medical field where the focus is taking care of people.

His first job in health care was as a janitor. He eventually became a medical assistant after obtaining a certificate from Everest Institute.

He went on to work at a pain management clinic, where things were really good for him. In fact, the best they had ever been.

“I worked there for a year,” he said. “They encouraged me to go back to school, but I was scared. I loved my job. It was the most money I had ever made, and I was working in an office.”

In 2009, Dr. Ike started taking classes at Georgia Highlands College. He decided he would advance his medical career and become a nurse.

And he’ll be the first to tell you he didn’t come thinking anybody would help him achieve his dream.

“I came to GHC with the mindset that I had to do this all on my own, but instead everyone was encouraging me. Many of the professors worked with me even after I left, keeping up with me and helping me. That’s why I did so well at GHC. I met a lot of great people here.”

That encouragement and fostering was enough for Dr. Ike to earn his nursing degree from GHC and start the road toward becoming a medical doctor. He went on to graduate from Morehouse School of Medicine in 2018. He is currently working through his residency in internal medicine at Grady Memorial Hospital in Atlanta.

He shares his story with the kids at Foundation Camp, and he works to show them the same kind of support he was shown over the years. He wants to be the living proof of what they can achieve.

“We get to take kids in and spend two weeks with them, and you see so much change in them in those two weeks. You can really make a difference in their lives,” he said. “It’s like me when I came to GHC, I thought I was alone, and then I met people who supported me and wanted to support me.”

The camp focuses on academics, athletics and enrichment courses intended to build self-respect and confidence, and to allow the young men to experience college.