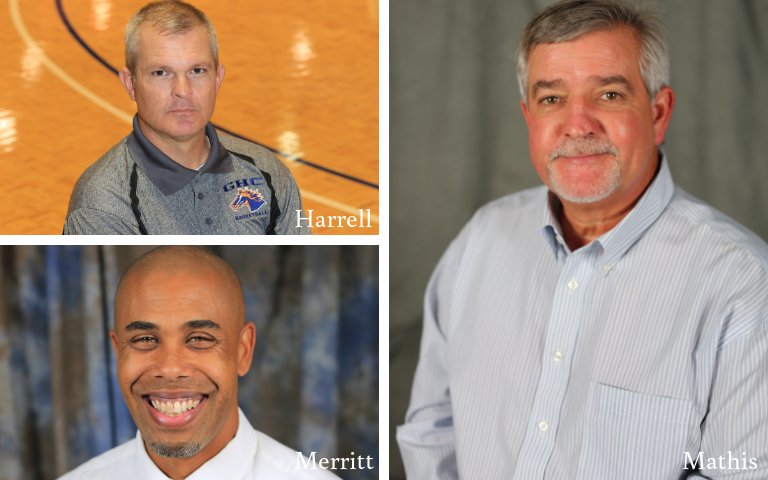 David Mathis selected as new Director of Athletics at GHC

Mathis has been with GHC for 26 years and has been instrumental in leading the athletics program from its inception, serving in an essential capacity as GHC’s assistant director of athletics.

Mathis has also appointed Jonathan Merritt as the new head coach for the men’s basketball team. Merritt has been with GHC for six years as an assistant coach and has helped the men’s team reach the national stage, as well as aided a number of players on to graduate and transfer to Division 1 and Division 2 teams in the NCAA and NAIA. Merritt graduated from Shorter University in 1994, where he played basketball for a number of years. In 2009, he was also inducted into the Shorter University Athletic Hall of Fame.

For more information about athletics at GHC, please visit: ghcchargers.com