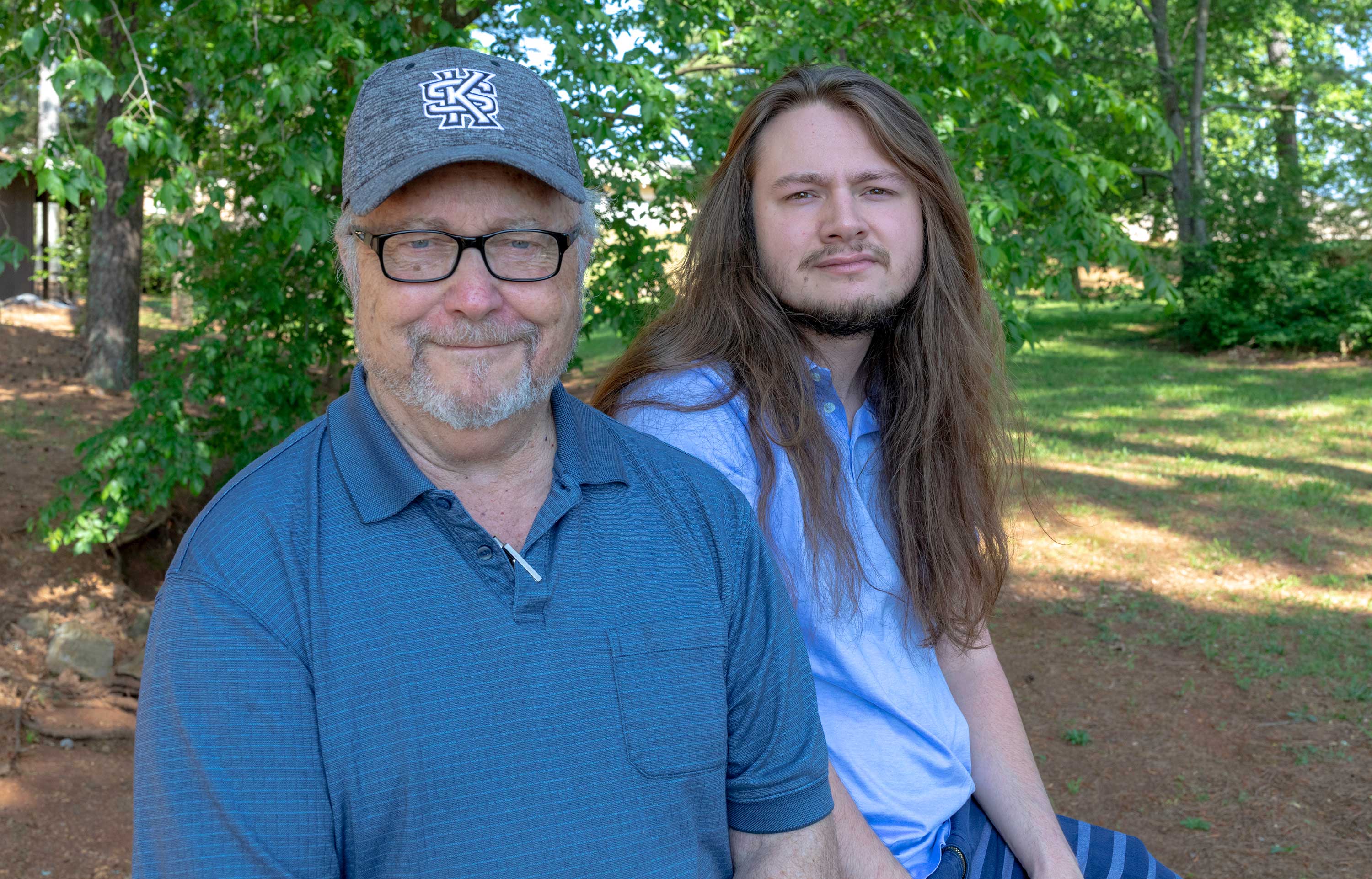 It’s rare to see a grandfather and grandson working elbow-to-elbow in a college science lab for credit towards their associate degrees, but for Ron Hale and his grandson Thorne, it was just another step closer to walking in the Georgia Highlands College Commencement this year.

Almost 50 years separates them in age, but on May 11th, at The Forum River Center in Rome, they’ll be side-by-side receiving diplomas with other GHC graduates.

Ron, 72, is an avid painter and is following his gift for the fine arts by returning to college. And although going back helps him pursue his passion, Ron says he is “doing now what he should’ve done 50 years ago.”

“I went into the military straight out of high school, got married, and started a family,” he said. “I just kept putting college off. I regret not doing it when I had so many opportunities.”

Ron hopes that by showing others in his life, like his grandson, that it’s always possible to achieve a goal, no matter your age, it will inspire them to do the same… and hopefully, he says, sooner than he did.

“I think the biggest reason I decided to go to college after so many years is I’ve got some wonderful grandchildren and they’re all coming up and moving through school,” he said, “and by doing this I can say, ‘Look, if I can do it, if I did it, then you can do it.’ It’s all about your attitude.”

Thorne, 25, also started a little later than others. When he first left high school, he took a few college classes, but ultimately decided to go into the workforce instead.

“I got a job and did that for a while, but it really just didn’t pan out,” he said. “I knew I had to go back and get some kind of degree. There just weren’t that many options, and I got tired of being the person on the low end of the totem pole.”

Thorne started around the same time his grandfather did. His grandfather helped inspire him to start back. He thought, “If he can do it, I can go back and do it, too.”

Ron said the two of them would pass each other in the hallway and cut up about being in college together at the same time.

Thorne said most people he told didn’t believe Ron was his grandfather, until Ron confirmed it.

The two even shared a class.

“We had geology together,” Ron said. “We were lab buddies, side-by-side. We took the class at the same time. That was Thorne’s last science class and I needed one more, so we did it together. The professor said, ‘I don’t know if I’ve ever had a grandfather and a grandson in the same class.’ We are two generations going at the same time.’”

Both have enjoyed their tenure at GHC, noting the community of support students get from professors and staff at the college.

Ron and Thorne said going to GHC was one of the best decisions they ever made.

The two will be walking in the next commencement one after the other. Ron will be walking first since his name comes first alphabetically. He said he is going to wait on stage after he receives his diploma for Thorne to get his, so he can give him “a great big hug.”

“If you think you can’t do it, I’m telling you, you can,” Ron said about his goal to inspire others to get their college degree and about getting his degree, too. “I don’t think you should ever stop learning. People talk about getting old. Well, I can’t help aging. That’s just a state of being. But getting old is a state of mind. And I don’t plan on getting old.”