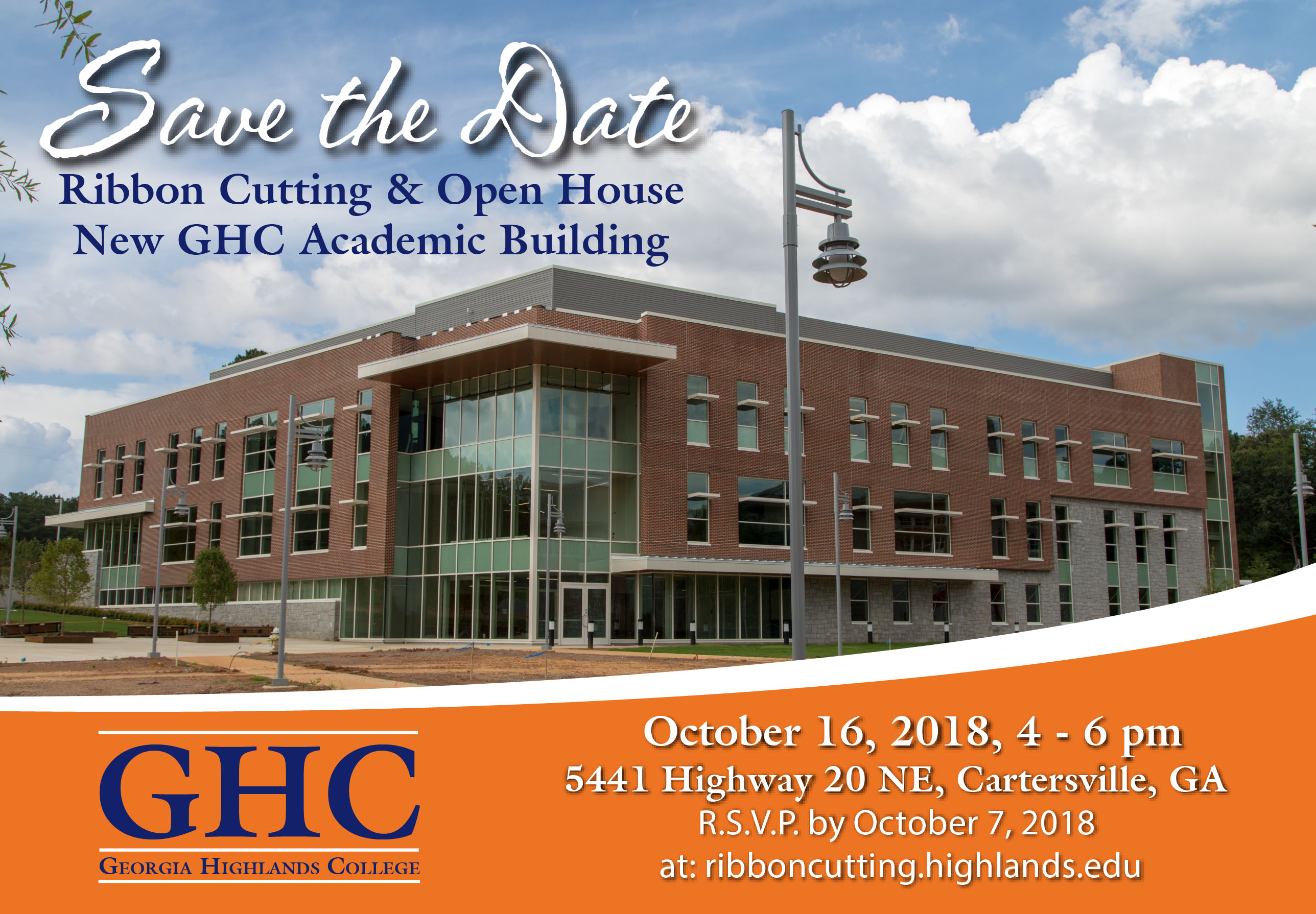 Georgia Highlands College will be opening its new academic building at the Cartersville location in October during a Ribbon Cutting and Open House event.

The event will take place on October 16 from 4-6PM and is open to the public. To R.S.V.P. to the event, please visit: ribboncutting.highlands.edu

The 52,000-square foot building has a full slate of classes planned for spring 2019 and will be focused on STEAM-based (Science, Technology, Engineering, Art, Math) areas of study.

GHC pursued funding for the building and was approved under the fiscal year 2017 state budget which was approved by Legislature and signed by Governor Deal.

The new academic building was designed by the Stanley Beaman & Sears architecture firm and is being constructed by Juneau.