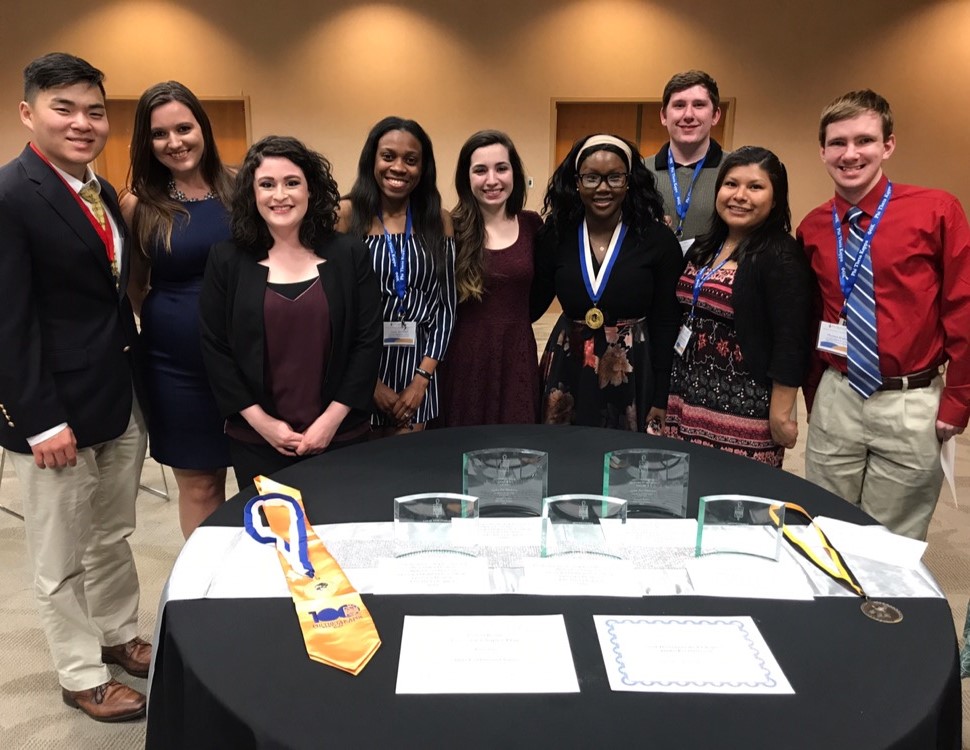 Georgia Highlands College’s Chapter of Phi Theta Kappa (PTK) has had a busy year and has been named the “Regional Top Distinguished Chapter Overall” for the third year in a row at regionals.

The PTK chapter also served on the regional level in the Regional Officer position of Chapter Relations.

Bah, Alexandra Deaton, Tabitha Boyd and Margaret Gardner were selected for the Coca-Cola All-Georgia Academic Team and were honored at the awards luncheon in downtown Atlanta in March.

The honors continued with the chapter winning multiple regional and international awards, as well.

The chapter also won two Honors Institute scholarships and was elected as the Regional Vice Presidential Chapter for 2018/2019 and will be hosting the Fall Regional Conference in October at GHC’s Cartersville location.

Both will be training new officers and members at GHC as well as helping lead on the regional level at an Honors in Action summer workshop.