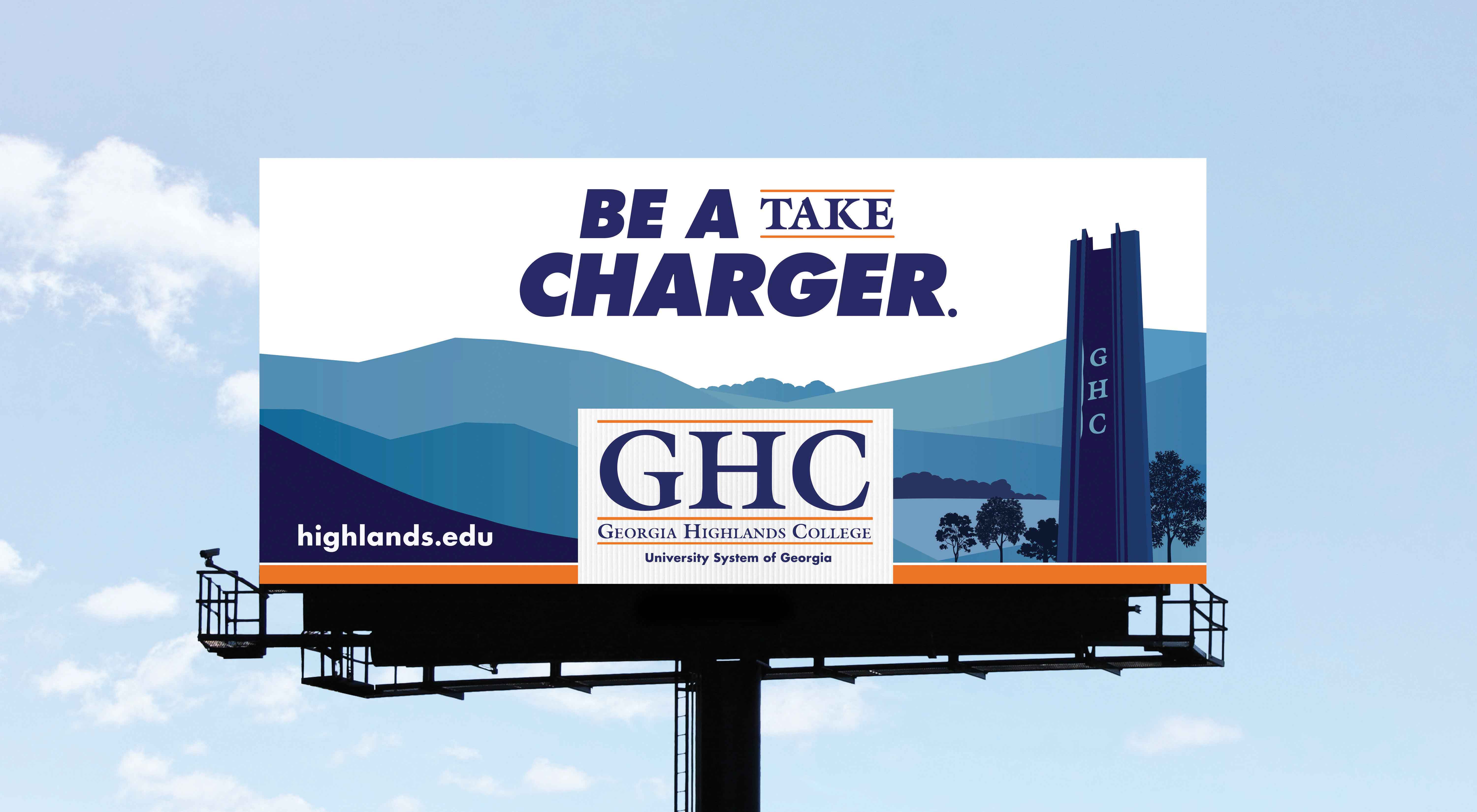 Georgia Highlands College was honored with seven gold awards, two silver, and three bronze from two national award programs for work completed in communications, marketing, advertising and promotions of the college by the Advancement Division.

GHC was up against over 900 entries from across the U.S. in the Collegiate Advertising Awards (CAA).

CAA awarded GHC the Gold Award (top 5 percent in the nation) for its “Be a Take Charger” billboard campaign, a series designed and implemented in cooperation with World Design Marketing (WDM). A second Gold Award was presented for a Photo Series based on GHC’s Wyoming Field Course.

GHC/WDM were honored with a Silver Award (top 12 percent in the nation) for the “Be a Take Charger” internet advertising series. A second Silver Award was given for Promotional Graphics Series used on social media to promote the basketball season.

Additionally, GHC received a Bronze Award (top 16 percent in the nation) for its Highlander magazine.

GHC was also a frontrunner in the 33rd annual Educational Advertising Awards (EAA), competing against nearly 2,500 entries from over 1,000 colleges, universities and secondary schools from all 50 states and several foreign countries.

GHC was presented the Gold Award for social media for Charger Athletics promotions and another Gold Award for a special video production centering on the “Charger Garden.”

The GHC Highlander magazine received a Silver Award and Bronze, and an additional Bronze was awarded for a special video production centering on “Charger Basketball – 50 wins.”

The Collegiate Advertising Awards (CAA) is an elite program recognizing higher education organizations for excellence in communications, marketing, advertising and promotions of their schools.

Judges for the Educational Advertising Awards consisted of a national panel of higher education marketers, advertising creative directors, marketing and advertising professionals and the editorial board of Higher Education Marketing Report.

PICTURE: A billboard example used as a part of the award-winning “Be a Take Charger” campaign at Georgia Highlands College which was recently recognized by Collegiate Advertising Awards and Educational Advertising Awards.