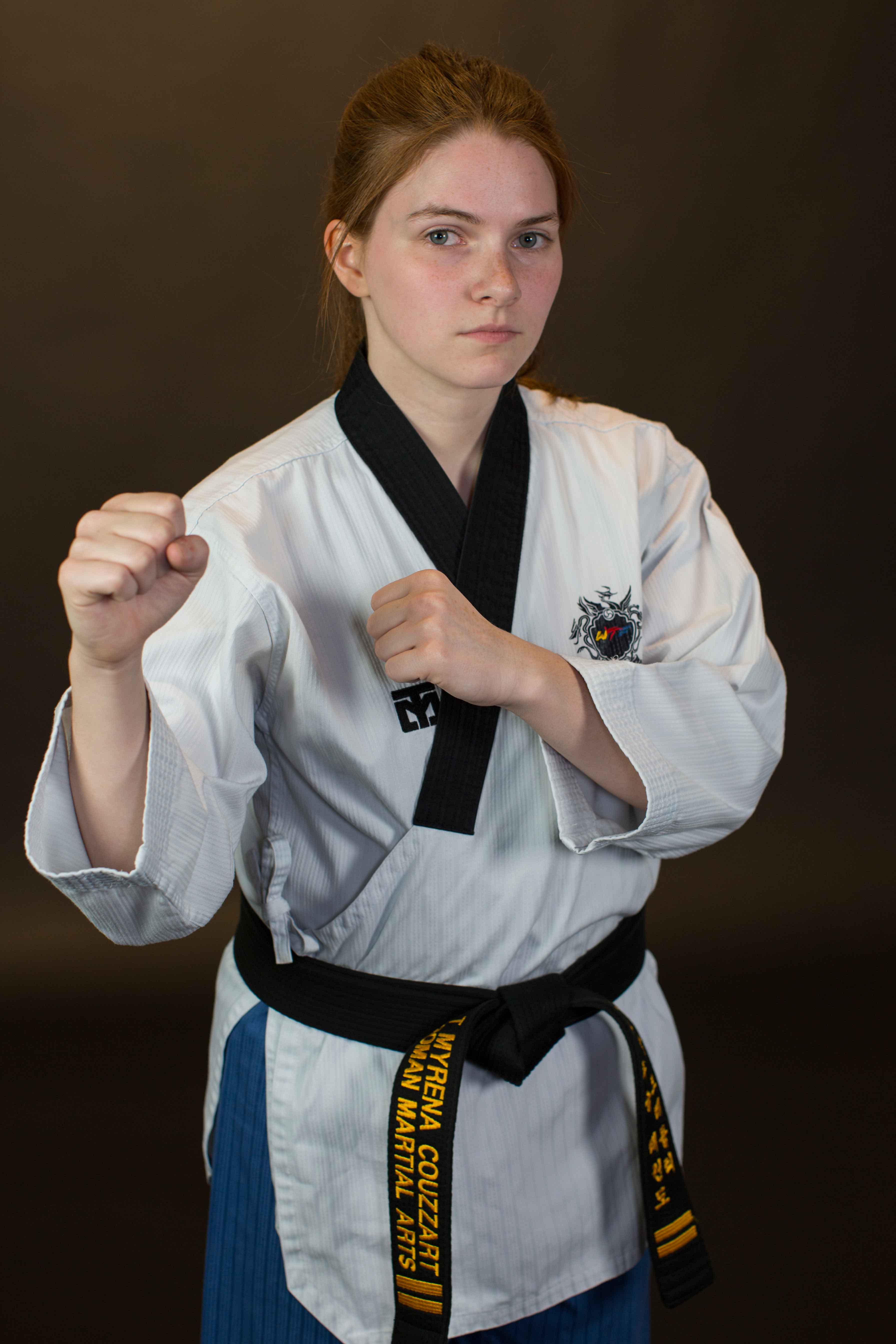 Rena says the journey to completing anything in life, including college, is fueled by dedication and passion.

“Getting a black belt is all about dedication. You can’t get it without putting in the effort,” she said. “Every black belt was once a white belt who had no idea what they were doing. If you don’t have the passion and dedication to keep going, then you can’t be a black belt.”

Rena earned her black belt in 2014. She has competed in over 35 tournaments over the years. She has travelled and competed in North and South Carolina, Texas, Virginia, Florida, Tennessee, Nevada, Michigan, and in a couple state, national, and international events.

“Most of the tournaments we attend consist of sparring (fighting), and poomsae (forms or patterns),” she said. “I compete in poomsae most of the time.”

Rena is a three-time state champion of Georgia. She holds a silver medal in team poomsae from the 2015 nationals, and also placed 10th out of 40 competitors in individual poomsae that same year. Overall, she holds over 50 medals with 33 being gold.

Rena is currently pursuing a degree in early childhood education at GHC. She notes GHC has been a great first choice for her because it is “close to home and affordable” with “something for everyone.”

Teaching in a classroom is an easy transition for her. She currently teaches martial arts at Roman Martial Arts in Rome.

“I’ve always loved teaching,” she said. “The best part is when we go to tournaments, and my athlete uses what we’ve tried teaching them in class, and it works. There’s nothing better than seeing the happiness on an athlete’s face, and you know you were a part of getting them there.”

Rena stated that her martial arts training has helped her quite a bit in school.

“Martial arts are all about dedication to me. You can’t get a black belt without dedicating years to the art,” she said. “Martial arts have boosted my self-confidence tremendously. I used to be so nervous in front of people. Now, I can’t wait for the opportunity to step up and show what I can do.”