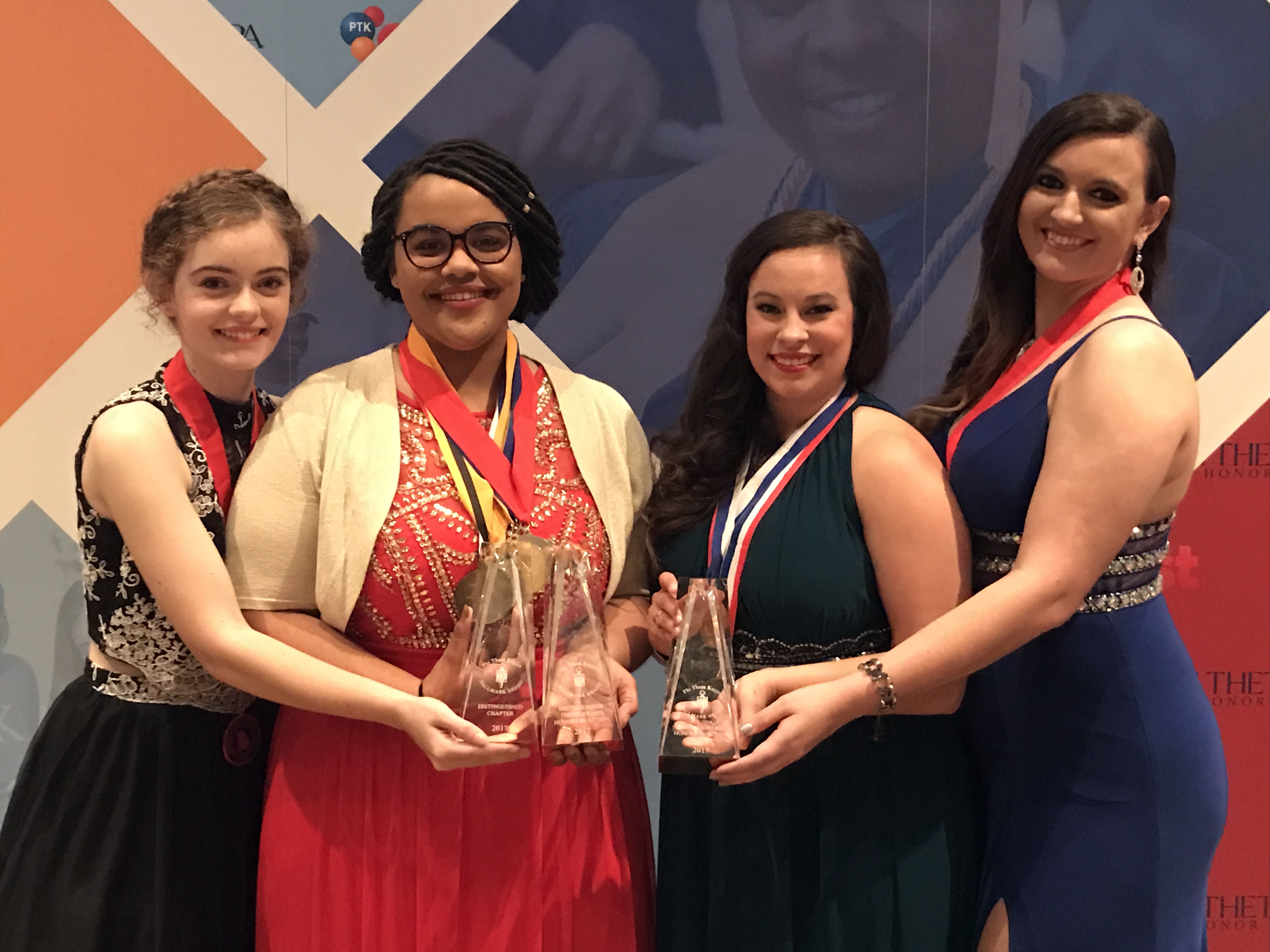 Only 50 students from across the nation are chosen as Coca-Cola Academic Team Gold, Silver or Bronze scholars each year.

Six PTK officers and members were selected as GHC’s All-Academic Team at the luncheon, as well. Those students are: Mykayla Jeter, Bryce Pitts, from the Floyd campus, Mary-Kate Billings, Elle Summers, Amanda Lewis, from the Cartersville site, and Lacey Turner, from the Douglasville site.

In addition to these honors, GHC’s PTK also served as the 2016-2017 Regional Presidential Chapter and hosted the PTK Regional Spring Conference this month.

The chapter also won two scholarships to the Honors Institute this summer at Loyola University in Chicago and was additionally elected for another regional office of secretary for 2017-2018.

The GHC All-Academic Team and Gold and Bronze scholars will be honored again at GHC’s Honors Night on April 20th.