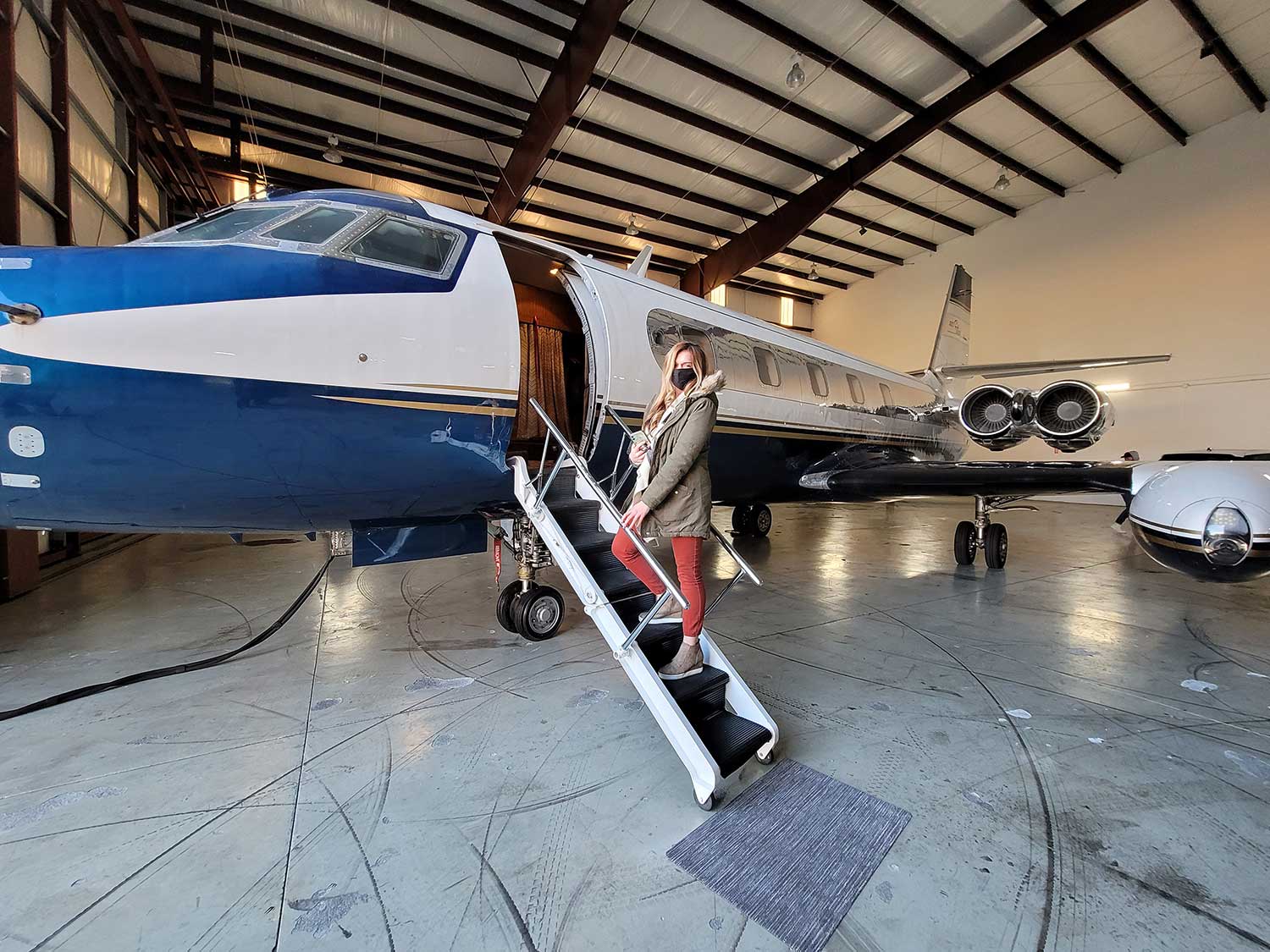 The Cohort 4 Principles of Logistics class was given the project to apply logistical concepts and come up with a plan to move the plane from Cobb International Airport to the Marietta Aviation History and Technology Center (AHTC).

“This project has been in the works for the AHTC for quite some time and they were looking for some out-of-the box thinking to solve their unique problem,” Assistant Professor of Logistics and Supply Chain Management Lucinda Montgomery said.

Produced in the 1960s and 1970s, and built locally in Marietta, the JetStar was one of the first, and largest, dedicated business jets to enter service and was the only business jet built by the company known as Lockheed at that time. In 2019, the AHTC received the aircraft from an anonymous donor. Because of the time of year of the donation, and the donor’s stipulation that the aircraft must be decommissioned upon landing, the inability to fly the aircraft resulted in the jet being housed at Cobb County International Airport.

In April, teams from the Cohort 4 class presented their findings to AHTC Director Brad Hawkins and to plane expert and AHTC Subject Matter Expert Scott Major. Both Hawkins and Major said partnering with GHC for this project helps the museum to continue its mission of being a community resource.

“Their presentation covered a wide range of issues with teams dedicated to transportation, scheduling, equipment, safety, permitting, finances and communications; it is making us reconsider some of our plans and approach the move with a broader sense of what might be possible,” Major said.

He added they were pleased with the students’ results and plans to further explore those results with their logistics partners. Hawkins agreed.

“The project allowed us to use our assets, and our ongoing work with this aircraft, to help area students advance their educational objectives,” Hawkins said. “While this format is outside of our normal avenues of public engagement, the project has immense value as a real-world learning opportunity for students.”

Some ideas for relocation included attaching the JetStar to an 18-wheeler or using a Mi26 helicopter to relocate the aircraft; however, these ideas did not take off upon further research.

“We decided the best route would be to taxi the aircraft with a tug that they use at the airports for maneuvering airplanes to their respected resting area,” said GHC student Greg Chenoweth, who resides in Dallas and attends classes on the Cartersville site.

GHC student Eric Johnson, who resides in Marietta and attends classes on the Cartersville site, said he was surprised at the amount of work that goes along with overseeing and addressing the ongoing difficulty of large-scale logistic projects.

Hawkins stated the AHTC is now several steps closer to relocating the aircraft to its final location.