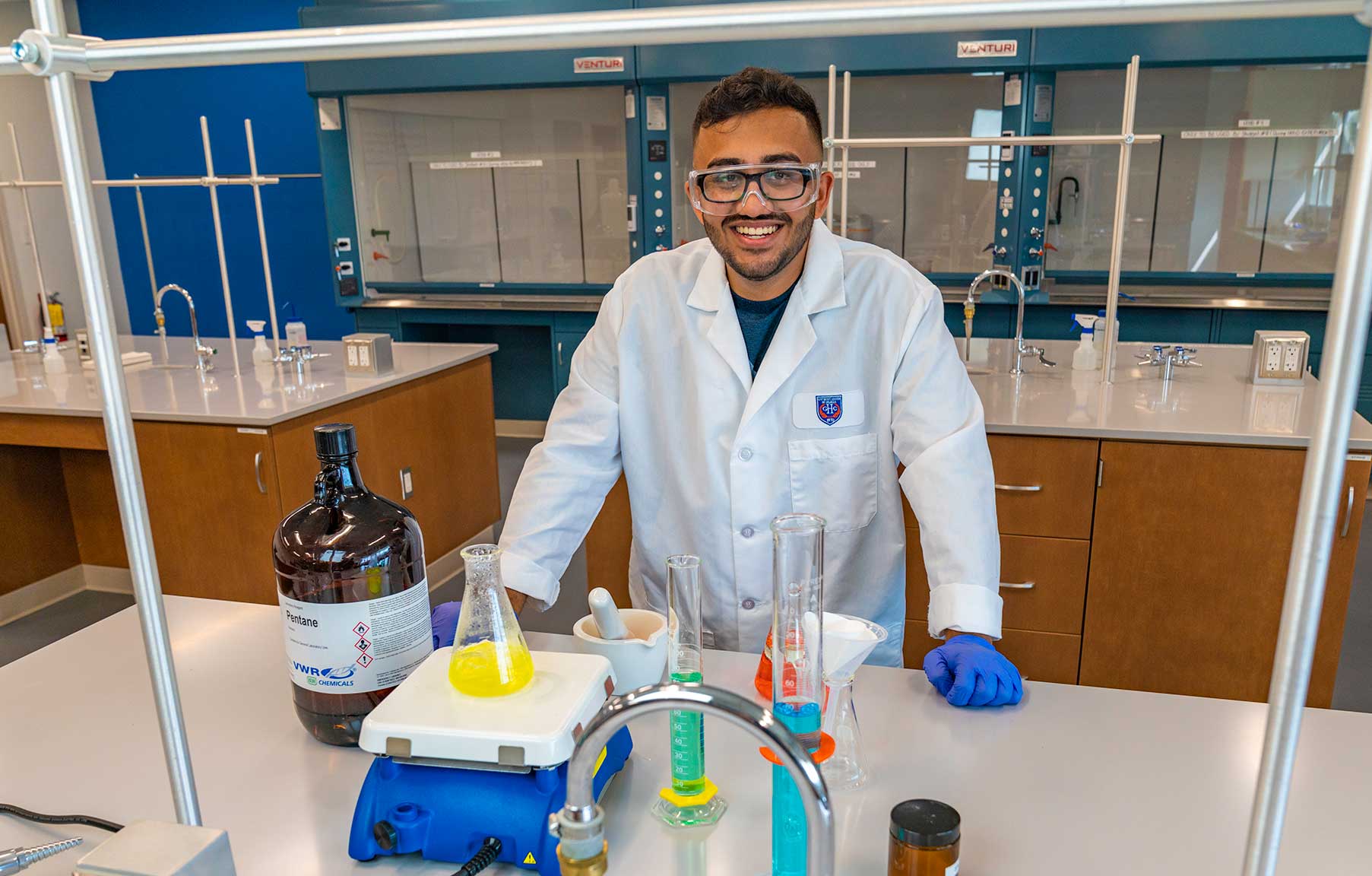 The chemistry research of Georgia Highlands College (GHC) Pre-Engineering Pathway student Muhammad Hanzala will soon be seen by a larger audience following its acceptance into the National Conference on Undergraduate Research (NCUR).

Hanzala’s road from research to publication began during his Chemistry 1 class with Assistant Professor of Chemistry and Hanzala’s research advisor Erin Shufro.

“Professor Shufro and I were looking for research projects to do and I noticed at my work that the amount of pentane, an expensive chemical, being used in fragrances was excessive,” Hanzala, who works as a media and marketing analyst for a fragrance company, said.

Hanzala said after discovering the problem, he and Shufro brought the method to GHC labs, refined it and made it cost effective, successfully reducing the price of an extraction.

“The experiment involved a lot of chemistry, so it was befitting that the research was done as a part of a chemistry class,” Hanzala said.

Shufro explained that while the research was done outside of the normal lesson plan, it did require advanced chemistry knowledge, so she was proud to support Hanzala’s efforts.

“While our equipment is on-par with what is standard for most colleges and universities, we do have a resource that is invaluable – the human resource,” Shufro said. “Our students here at GHC are individuals, not just one of the crowd, and as such I can offer them my time and energy to help them be successful.”

After extensive research and discussion, Hanzala and Shufro decided the complexity of the experiment and its end result was something that should be submitted to NCUR for presentation.

According to its website, www.cur.org, “The National Conference on Undergraduate Research (NCUR) is dedicated to promoting undergraduate research, scholarship, and creative activity in all fields of study by sponsoring an annual conference for students.”

Hanzala said he was surprised and excited to learn that his research had been accepted by the organization and that GHC gave him the tools he needed to take his research to the next level. This includes not only labs and technology, but faculty as well.

“One of the most important things that GHC has is very easy access to brilliant professors who are always ready to guide and connect with me,” Hanzala said. “Throughout the research, the practice for presentation and the effort to submitting the research for publication, I always felt like I had the backing of all of GHC’s faculty.”

Hanzala is a member of GHC’s Honors Program, lives in Cartersville and attends classes at the Cartersville site.