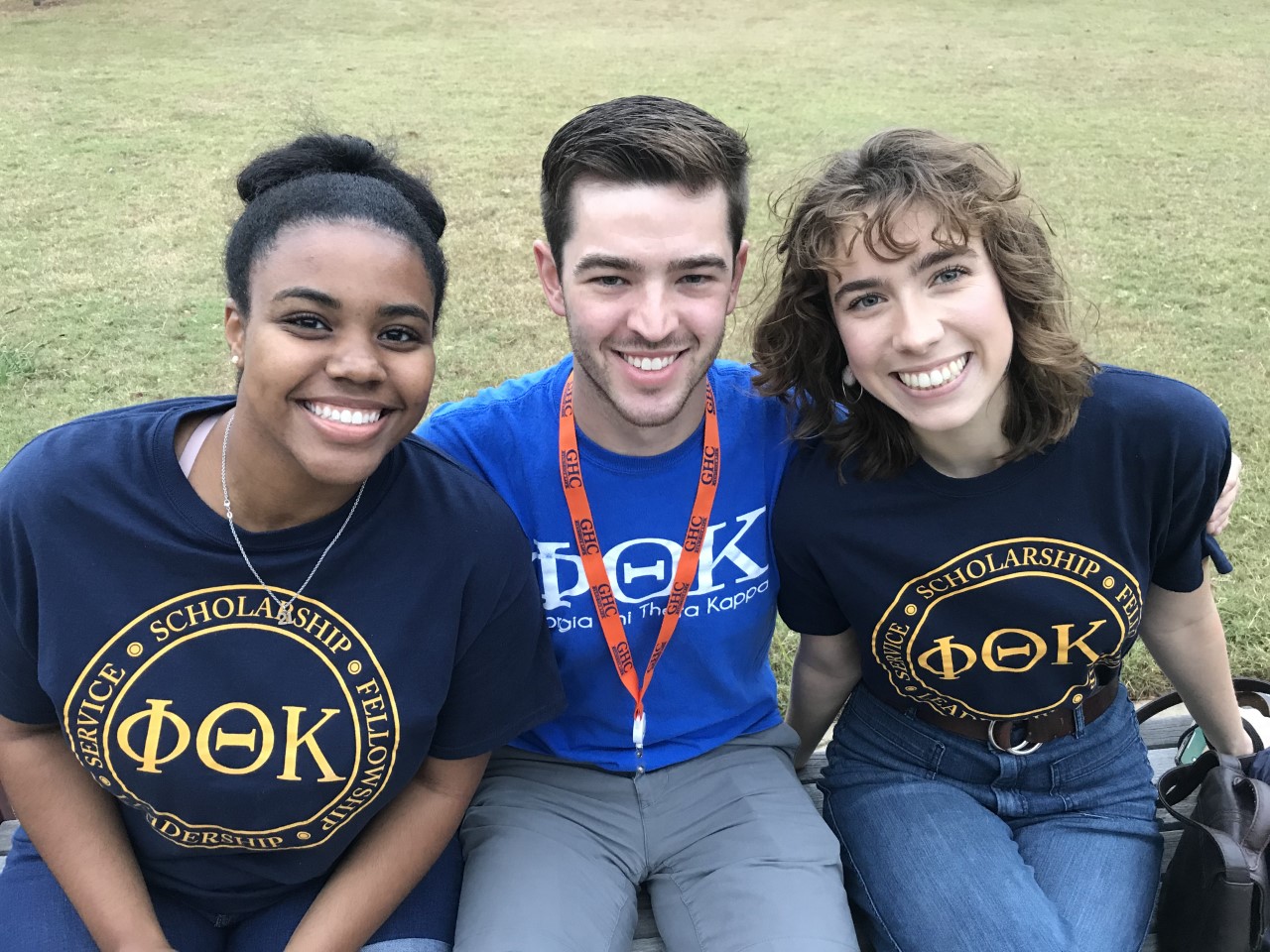 PICTURE: Disclaimer: Photos displayed on this website may have been taken prior to March 2020.

Although COVID-19 and the switch to remote delivery at the college caused some setbacks, Georgia Highlands College’s student organizations overcame many obstacles to achieve a series of state and national first place awards and accolades.

Huggin said the team has found ways to connect with members and other chapters around the country and are working on steps to achieve 5-Star Chapter Status for the new year, as well as attending PTK’s first International Catalyst Virtual Conference. In addition, GHC President Don Green was selected as a recipient of PTK’s 2020 Shirley B. Gordon Award of Distinction.

The SMP was awarded a combined seven first-place awards by both the Southern Regional Press Institute (SRPI) and Georgia College Press Association (GCPA). The SRPI awarded the organization first place in Best Overall Print Newspaper and first place in Best Online News Site along with individual awards for Best News Reporting, Best Sports Writing and Best Feature Photography. The GCPA recognized the SMP with first place individual awards for Best Editorial or Editorial Series as well as the Impact award.

Six Mile Post Editor-in-Chief and GHC student Olivia D. Fortner said she is proud of all the hard work the organization’s staff has done to generate so many organizational and individual awards over the past year.

“I am most proud of the overall improvement award,” Fortner added, referencing the outlet’s third place Improvement award granted by the GCPA. “This speaks volumes for the work our staff has put in. Most of us were inexperienced in journalism and design. We did a lot to learn the style of AP writing and building a newspaper. We worked together and produced a paper better than the last. I hope this continues and we improve with each issue.”

Readers can go to www.sixmilepostonline.com to see the new look and visit Apple and Android app stores to download the free College News Source app for easier reading on mobile devices.

All University System of Georgia institutions switched to remote delivery for courses in March and continued this way for the remainder of the spring and summer semesters to help stem the spread of the coronavirus. USG institutions are tentatively planning to return to normal on-campus operations for the fall semester should guidance from the Centers for Disease Control and Prevention and the Georgia Department of Public Health allow it.