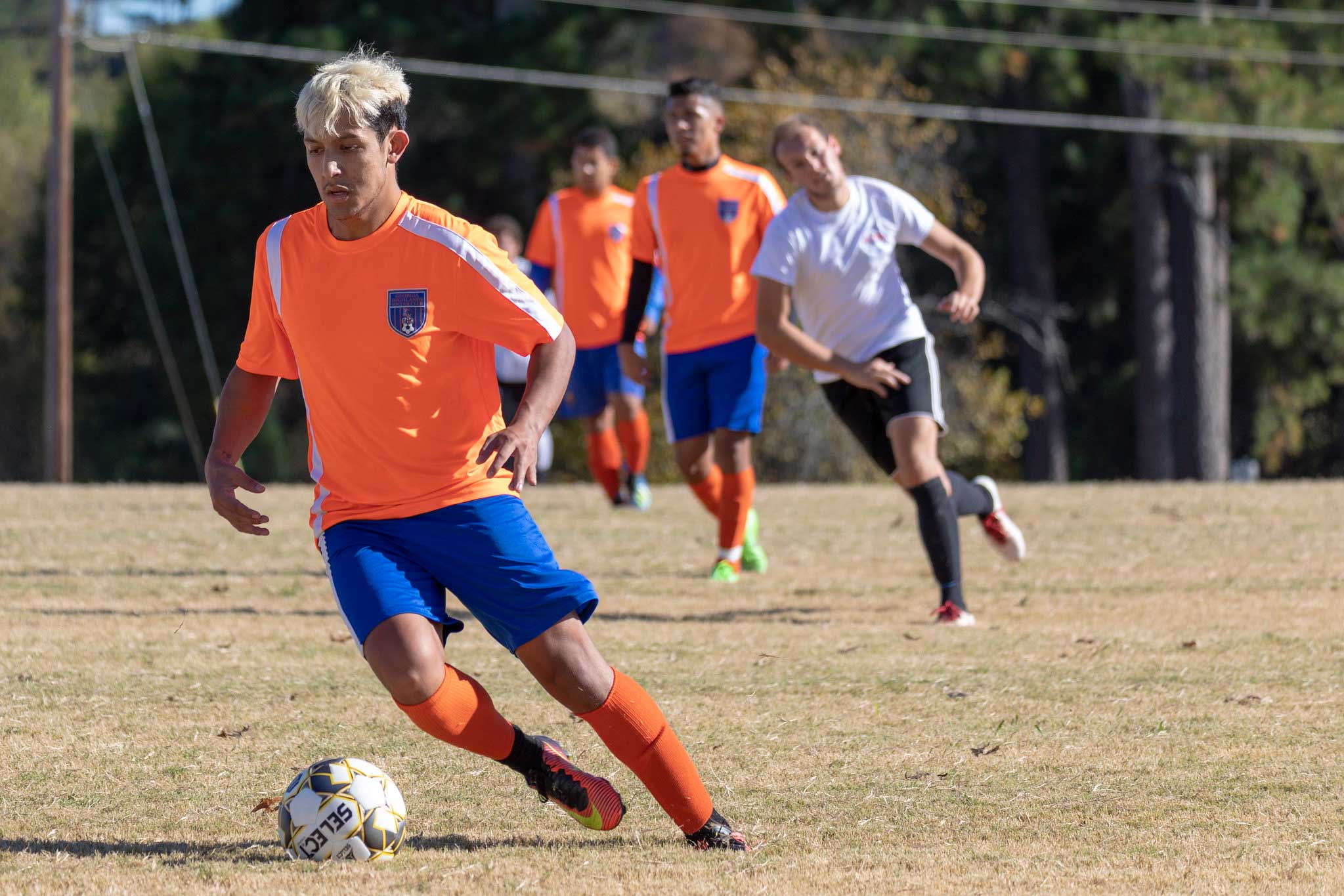 When the men’s team of Georgia Highlands College’s Soccer Club takes the field against Dalton State College in their first home game of the season on September 7, they’ll be doing so as an official member of the Southeast Collegiate Soccer Alliance.

Following a successful season of extramural play last year with a 5-3 record, the team was promoted from associate to league member. Benefits from this hard-earned membership include a schedule set by the league and team rankings.

SCSA membership also means the team can qualify for the Region 2 Soccer Championship scheduled for October in Virginia. The winner of this tournament will go on to compete in the National Intramural-Recreational Sports Association National Soccer Championship in Texas in November.

“It feels great knowing that we are an official member of SCSA,” says Amadou Touray, men’s team captain and GHC computer science student. “It gives us an opportunity to compete at a higher level of intramural soccer with the chance to play in a championship.”

The women’s team of GHC’s Soccer Club is seeking full SCSA member status this season. The team will need to have competitive season against fellow SCSA teams to qualify. John Spranza, soccer club advisor and director of student life, anticipates the women’s team joining the men’s team as SCSA members next year.

“I am hopeful that we can get more women to play this year and establish a good enough record to be considered for full membership in 2020,” he says.

Recruitment of new players for both teams is underway. The GHC Soccer Club will have a presence at Club Round Up events in the Weeks of Welcome at each campus location, with team practices beginning in Cartersville soon

“We had players from the Floyd, Cartersville, Marietta and Paulding locations last year on both the men’s and women’s teams, so students from any GHC location are eligible to play,” Spranza says. “We are looking for experienced soccer players that played in high school or on youth select travel teams, and while recreational or occasional players are certainly eligible to come out, the level of competition is high.”

Student and community soccer fans are also invited to cheer on the teams at their home games. All home games are played on the Floyd campus and are free to attend. Schedules for both teams are still being finalized and will be posted on the student life calendar on highlands.edu once complete.