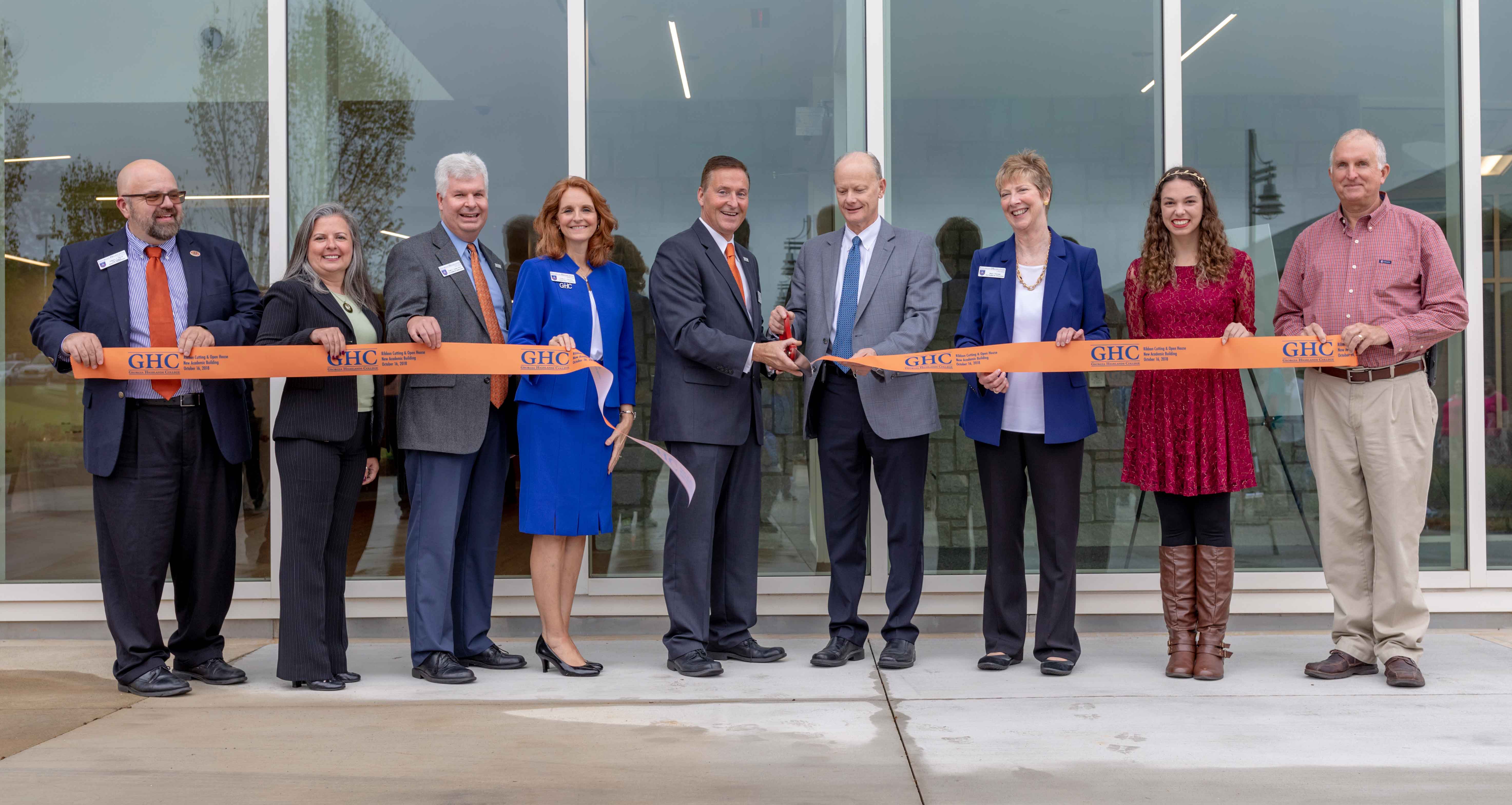 Just over 300 people celebrated as Georgia Highlands College cut the ribbon for its new academic building in Cartersville this week.

The 52,000-square foot building will be focused on STEAM-based (Science, Technology, Engineering, Art, Math) areas of study and will have a full slate of classes starting January 2019.

“We always get excited about a new building, but the most important thing is what happens inside. And what will be happening inside that building is quality instruction from faculty to our students. That’s what ultimately makes the difference in our communities with respect to economic development and workforce, and that’s where our focus is. The investment is in the students,” said University System of Georgia Chancellor Steve Wrigley.

GHC pursued funding for the building and was approved under the fiscal year 2017 state budget which was approved by Legislature and signed by Governor Deal.

The new academic building was designed by the EYP Architecture and Engineering Firm (formerly Stanley Beaman & Sears) and was constructed by Juneau.

The new Corporate and Foundation Partnership program through the GHC Foundation creates strong partnerships and works to make education a priority in Northwest Georgia while providing support to students and programs at the college with the goal of encouraging economic development and building stronger communities.