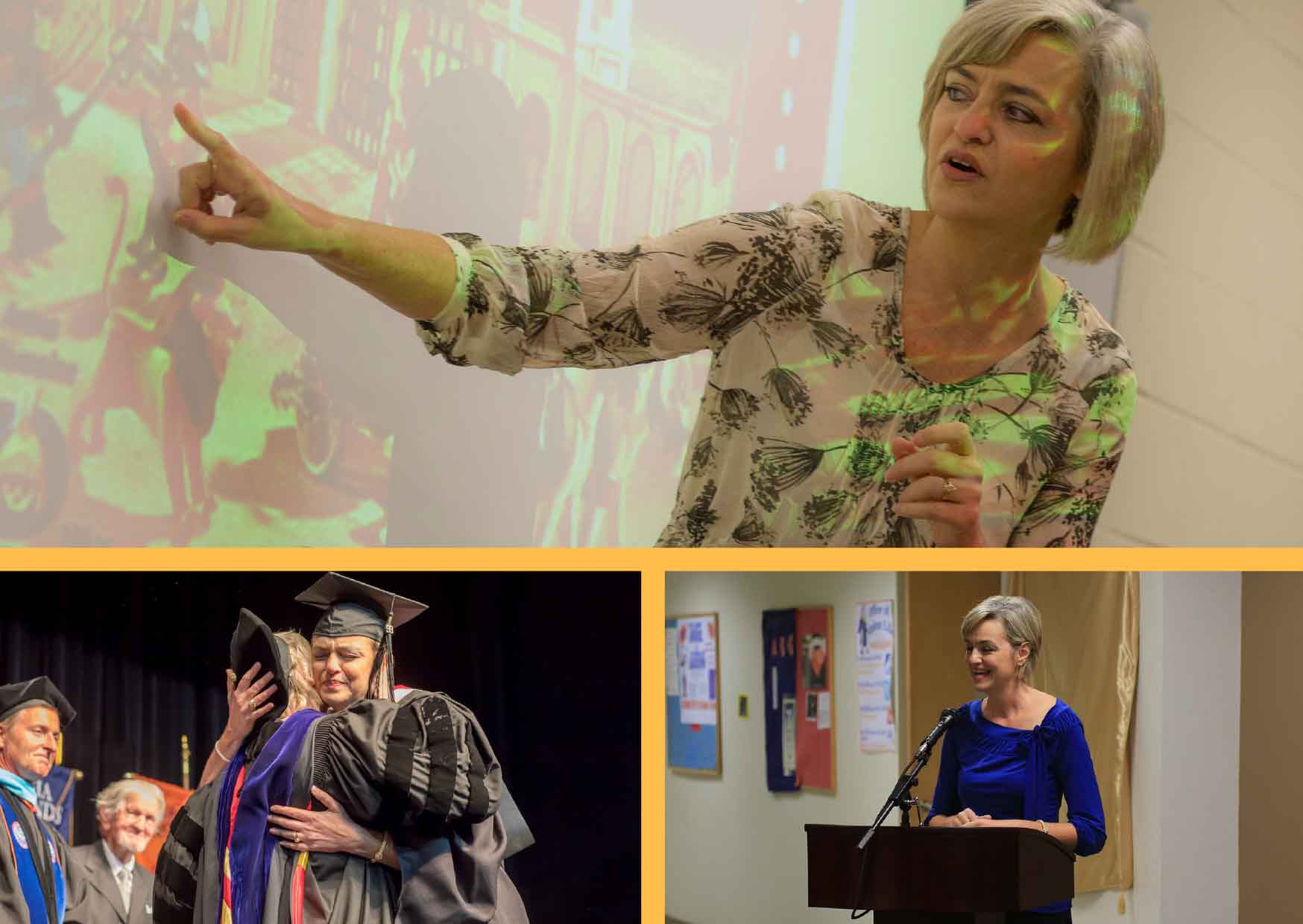 Being labeled a “professional student” might be considered a jab to some, but for Carla Patterson, it was a goal… sort of.

Although the slang term, which often labels students who perpetually take classes for many years with no desire to finish, might not be an exact definition for Carla, it does help describe her philosophy on teaching and developing her skills over the course of 25 years at Georgia Highlands College.

Carla started at GHC (then Floyd College) in 1993 with that same mentality, beginning as a part-time Instructor of Developmental English.

She then served as Extended Learning Academic Specialist and as Director of Extended Learning where she started the Georgia Highlands Television station (then Floyd College Television) with George Pullen (former professor of history and founding member of the college), which ran programming 24/7.

In 1999, she began teaching again while serving as Director of Extended Learning, and then in 2001, she assumed a full-time Instructional Technology and English position. She earned tenure track status in 2004, was awarded tenure in 2008 and attained Professor rank in 2016.

She was awarded the Wesley C. Walraven Faculty Award from GHC at the 2018 graduation.

“I always said that I wish I could be a student my whole life. As I look back at my GHC career, I know I was.”

As can be expected of an English teacher, Carla has collected a number of red pens over the years. She started collecting her expired pens about four years ago and plans to create a makeshift clock out of them.

In addition to her clock, Carla has plans to travel, including trips to St. Louis, Albuquerque, Cumberland Island, and football tailgating weekends at her alma mater of Jacksonville State University.

Carla is set to retire from GHC with 25 years of service to the college.