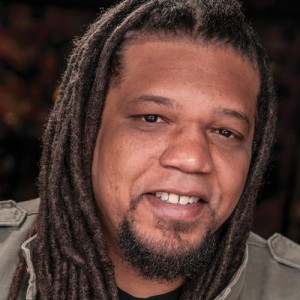 Oliver Robbins never thought he could make a living doing something he loved. If you had asked him during his 12 years of working at the Department of Juvenile Justice as a probation officer what he would be doing today, the answer wouldn’t have been editorial manager for the local Rome V3 Magazine.

“I decided to return to college, because I had reached a ceiling as a probation officer,” Robbins said, “and advancement meant that I needed a degree.”

Robbins, who will be promoted in the coming months to the editor-in-chief of V3 Magazine, said his perspective changed on what a job should be, when he started at Georgia Highlands College.

“I thought a paycheck was the way to measure success, until I gathered the courage to leave the security of my job, sign up for college classes and embark on the journey of finding happiness in the workplace,” he said.

While taking classes at GHC, Robbins met several professors who he said expanded his ability to effectively communicate through writing, and although he didn’t start college with a career in writing in mind, he soon found that he had a passion for it.

“I had entered college with the aim of obtaining a degree in the medical field. I had always loved to write, and often enjoyed a good book, but I never imagined I would be able to work as a writer and earn a living,” he said.

Robbins quickly latched onto his new passion and joined one of GHC’s Service Learning projects, where he would eventually come in contact with V3 Magazine and land his future job.

“I was paired with an instructor from Georgia Highlands and our job was to work with a non-profit organization to tell the stories of people who had benefited from the services offered,” he said. “I was asked to interview the subject and write a story using their perspective.”

Robbins said that V3 Magazine was tapped to help put everything together and to help get the word out about what Robbins was writing about. And at the time, he added, the owner of V3 Magazine needed a writer.

One thing led to another for Robbins, and next thing he knew, he was doing something he loved and enjoyed—and getting paid for it.

“Adults who have never considered going to college, or are considering picking up where they left off, can tremendously benefit from taking some classes,” Robbins said. “There are so many professions that wake you with enthusiasm and leave you feeling accomplished in the evening. Finding this passion requires one to explore subject matter that is unfamiliar, and find a way to incorporate said subjects into a career that you have only dreamed about.”

GHC has taken note of the growing number of non-traditional students, like Robbins, in the state, and has recently introduced a new concierge service aimed at offering additional assistance to non-traditional students that traditional-aged students might not need, such as working around complicated work schedules, escorting through the entire registration process, offering directions and showing where to go for classes on campus or touching base after each finished class and maintaining a clear path to completion.

A personal concierge can be found at each of GHC’s five campuses and can be contacted online by going to the GHC homepage (highlands.edu) and clicking the “Adult Learners” link.