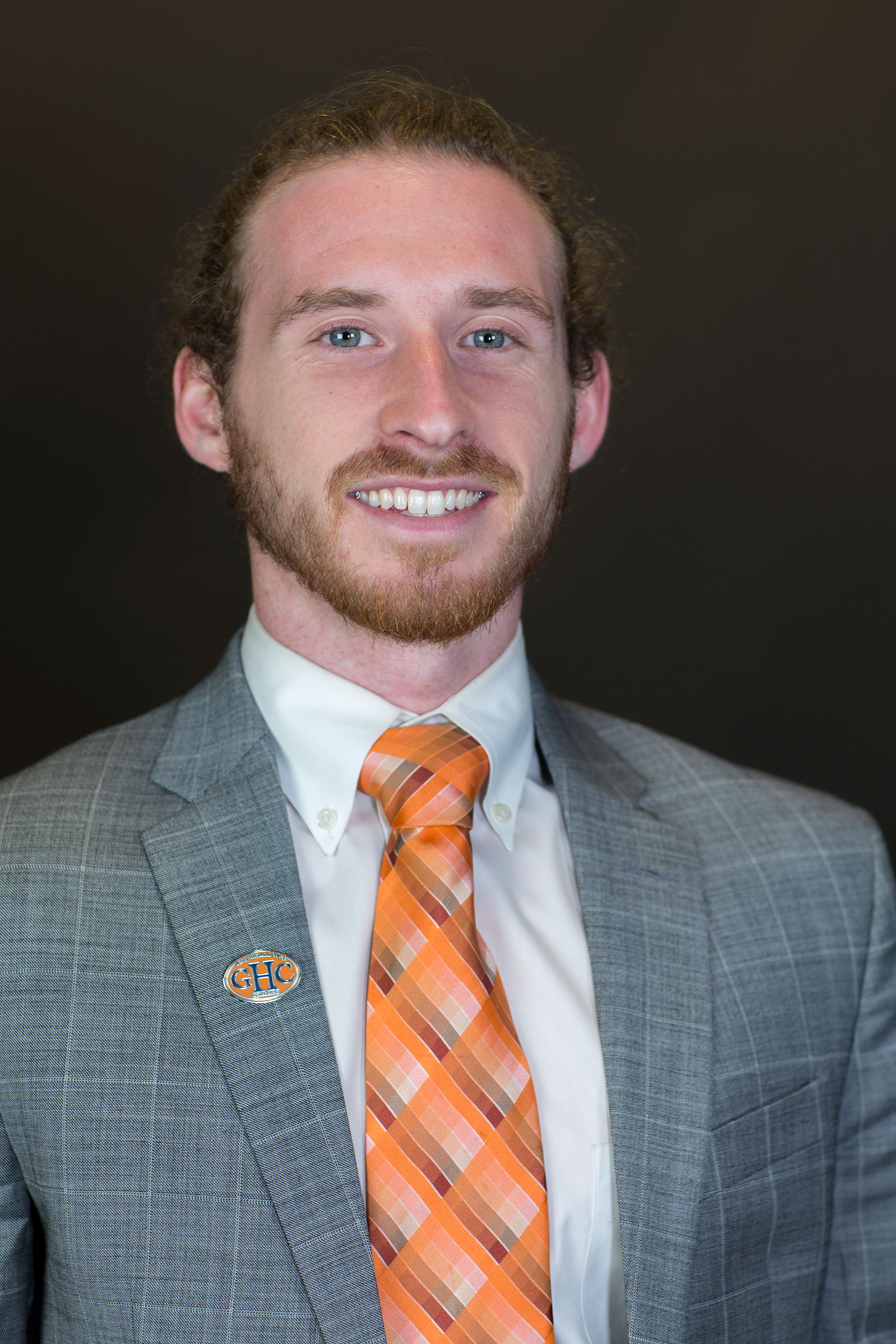 Lucas Lester’s college journey didn’t start like most. He wasn’t eagerly waiting for an acceptance letter. He wasn’t researching what degree he wanted to get or planning what career he might pursue. His future began with a decision—a decision to turn his life around...

“I found myself contemplating what I was going to do when I got out,” he said.

Lucas’ conviction and incarceration slowed his spiraling life down long enough for him to really think about where his current road was taking him. And it was a place he did not want to go.

When he was finally free, his grandparents urged him to go to college. And that’s when he sought out Georgia Highlands College. He signed up for classes and plunged headfirst into student life, getting as involved as much as he could.

“I became involved first with Brother 2 Brother,” he said. “This provided me with a support group of like-minded students, and most importantly, it instilled in me the principles of accountability, proactive leadership, self-discipline, and intellectual development.”

For Lucas, this was a great place for him to start, a place he could make himself thrive within.

Students in the group are required to sign a B2B/ GHAME contract that promotes a healthy academic career, including attending all classes, performing community service with the group, and spending time in the tutorial center every week.

And once Lucas hit the ground running, he couldn’t stop.

He joined Green Highlands, a student group that promotes sustainability and environmental awareness. His work with the group has led to the development of a Charger Garden on the Floyd campus that will one day contribute food to GHC’s Charger Food Pantry, which was started in 2016 to meet the needs of food insecurity among college students.

In that same time, Lucas joined the Student Government Association and ran for president. He was elected by his peers and served in that role for 2016-17.

“All of these activities allowed me to open my mind and think about things in a way that I had previously not considered important,” he said.

But the more Lucas moved forward, the more he thought about where he had come from.

He soon became very passionate about providing encouragement and assistance to individuals who have been incarcerated, been on probation, and/or had a criminal record.

“This is important to me because I have been in these negative situations and know the difficult challenges associated with re-entering society as a positive and productive citizen,” he said. “I realized while I was incarcerated no one ever came into the jail to talk about the importance of a college education in today’s economy or the positive impact a college education can have on someone’s sense of purpose or direction they go in life.”

Lucas now works to reach out to people who are coming out of prison and trying to make a new start.

“I have first-hand experience and knowledge that college can really help a person succeed,” he said. “I want to help provide this information to inmates, probationers, or anyone with no family or positive influences around them.”

Lucas’ decision to change and make his life better has put him on track to earning his associate degree from GHC in political science. Next, he plans to head to West Georgia to get his bachelor’s in philosophy on a pre-law track in preparation for law school.

He credits GHC in part for helping him achieve things he never thought he ever could.

“It is the internal change that I have experienced and watched others experience while at GHC that makes me forever have a place in my heart for this college,” he said. “In Brother 2 Brother, we would close out a meeting by reciting the words: ‘saving lives, salvaging dreams.’ GHC, the faculty and staff, and organizations like Brother 2 Brother saved my life and salvaged my dreams. Georgia Highlands College has lit a fire in me that otherwise would have remained dormant. I am forever grateful for GHC and what it means to the communities in which it serves.”